Articles by Newton Frohlich on his new book 1492: A Novel of Christopher Columbus, the Spanish Inquisition, and a World at the Turning Point:

“1492 is the story behind the discovery of America by Christopher Columbus. It weaves the Jewish, Christian, Arab influences on the discovery and also describes the life and times that, in many respects, were not so different from today. . .” Read more>>

“I wanted to write historical novels and we went off to the South of France and Israel, where I…. discovered that at the very time Columbus signed his contract with Ferdinand and Isabella, they expelled all Jews from Spain. The combination of events intrigued me and I began research under the guidance of an expert on the Spanish Inquisition. The result is 1492, the story behind the discovery of America.” Read more>>

Who wrote the works of Shakespeare?

That is a question that scholars and readers will continue to debate, but novelist Newton Frohlich has spent fifteen years researching the answer. Here, he shares some of what he learned in these Articles: 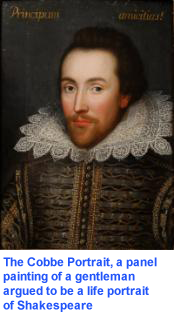 The Doubters: “Have No Fear. If You Begin to Doubt, Remember: You’re Not Alone”